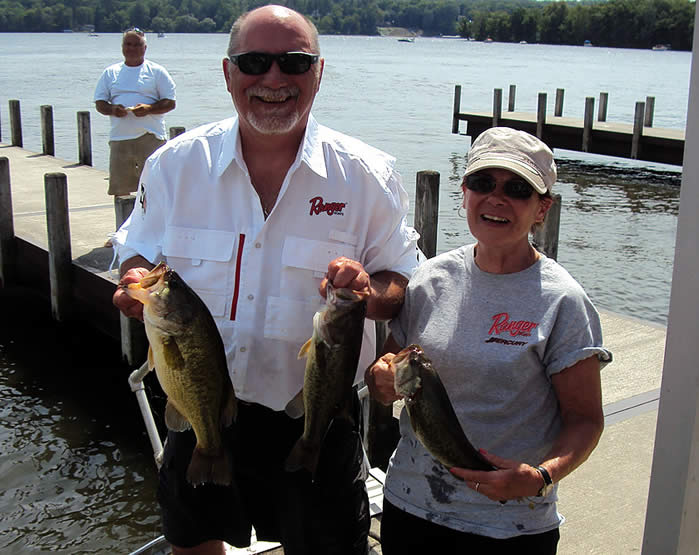 As we get ready to welcome in the new year of 2021, many of you have noticed some rule changes – specifically the new three(3) fish limit.

Maria has been fielding lots of feedback on it, and I wanted to step forward and say that I am the one who put that into the 2021 rules, and I’ll provide a few reasons for making this change. This decision is intended to take our circuit to a higher standard and bridge the gap between five and zero.

With the 2020 craziness that had everyone out of work, many folks found their way to the lake with a fishing rod. With the added pressure of LOTS of additional anglers and boats, you may have noticed the fishing was or might have been more difficult. I know it seemed that way to me.

Take into account that of these new fisherman and fisher-women, all of them DO NOT practice catch and release. End result = less fish to catch, and more pressured fish at ALL of the lakes we visit.

In Ohio, all fish growth rates are slower, as our water temps are in the 50’s or lower for five or six months of the year. The 12-inch Ohio bass that you caught could be a three to five-year old fish. That’s about the size they need to be for spawning – an absolutely necessary act of nature of renewal that continues not only their species – but OUR SPORT OF ANGLING as well.

That five pound Ohio bass could be over a decade old. A seven pound Ohio bass has most likely been around longer than your 15-year old son/daughter. Because we’re not out here for sustenance, that’s significant and worthy of human compassion.

These are living, sentient beings. They feel and react. And their environment is much more dangerous than any of us can possibly imagine. It starts when they’re about an inch long, when Papa turns and eats some of his children. That’s serious s#!t, and begins a life where they can trust no one.

However, these are also wonderful, magical creatures. They have this ability to bring fantastic people together, and we’ve been blessed and fortunate to fish with many couples who burn with the same passion that we do. All because of these incredible little green and brown fish we call bass.

Just for that reason alone, we’re striving to do the right thing with Mother Nature and our anglers.

Dead fish serve no purpose other than food for us, food for other critters, or to fuel bad news. How they are caught, hooked, handled, and cared for prior to release are critical to their survival. Taking care of them is of crucial importance – because without these fish….there is no tournament.

Major League Fishing and FLW are the first two circuits to embrace a strict catch, weigh and release policy with every fish, with the utmost care taken to ensure their survival. Not only that, but they are released back into the area where they grew big enough to be caught in the first place. You’ve seen the commercials that bash the typical tournament format – hours in captivity, held in bags, stress, etc.

We don’t have the resources, marshals, or charge the fees to make this a possible solution. Additionally, some of our Better Half Tour teams simply don’t have room in their boats for a third person. And quite honestly, that format was never an objective when we started and it still isn’t. We appreciate seeing people catching and holding fish and snapping a pic of a special moment in time, and we realize that many of you feel the same. Trust us, we get it.

That being said, I believe that the immediate catch and release format is GREAT for our fish and waters. The new three-fish limit is is our Better Half Tour step towards a higher standard, and the result is taking even better care of our resources and fish and being a champion for Mother Earth.

Everyone is still on a level playing field.

It’s three fish for everyone – across the board. What’s the difference between a three fish limit and a five-fish limit?

Future plans would feature a live release boat to further demonstrate our commitment to the great couples that fish with us and the wonderful sport of fishing. Again, this step is for the protection and longevity of our sport, and three fish per team makes the logistics of this future goal easier to plan for. Stay tuned.

Quite frankly, I’d like to see every one of our couples and teams go out during the day and catch 100 fish or more, with a few big catfish, musky or walleye thrown in! At the scales however – we just need you to bring your best three bass.

As we are doing the Total Ohio Weight for the season championship, the three fish limit may or may not come into play this season. We’ll have to see, as there is no way (or a thousand ways) that it can play out over four OH events.

I believe this step is the right thing to do to take care of our sport of fishing now and in the days and years to come. Not only for us, but for our children and grandchildren. It’s up to us to make this a positive change for the new season of 2021.

If you’d like to discuss this new rule and why it is going to be great / good / bad / horrible in 2021, you can reach me at BetterHalfTour@gmail.com . 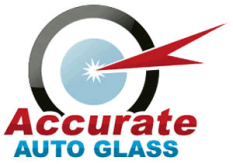 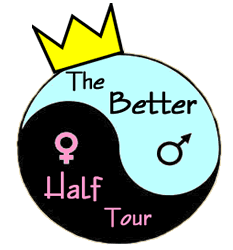 What Better Half Tour Anglers Say...

"What a great way to share some fun with your spouse in the great outdoors and meet some really nice people!" 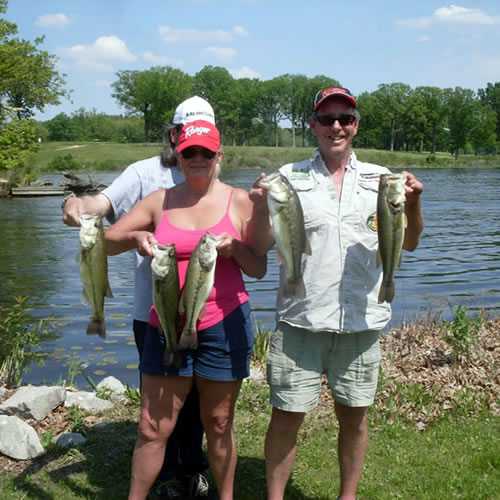 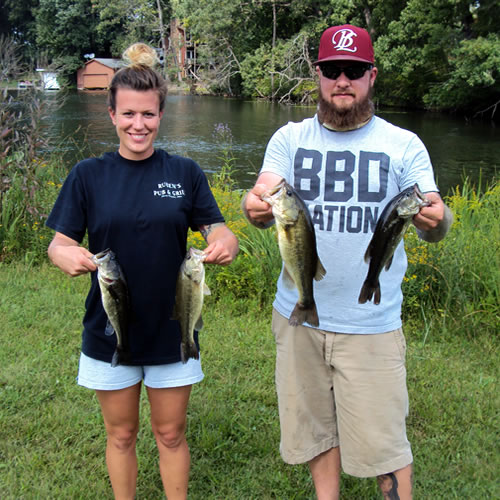 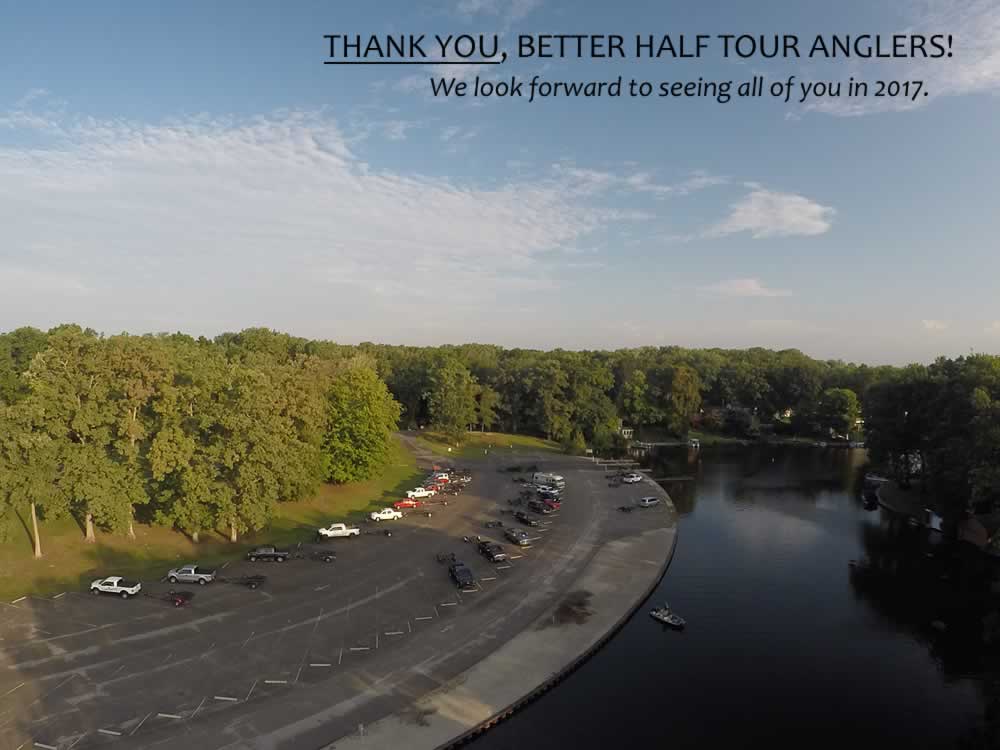 Andrew W.May 2017
"This tournament is ran very well. It is always a lot of fun. They always give away good prizes after the weigh-in. I have fished The Better Half tournaments since day 1 and it is something my fiancé & I will always do. We just love it" 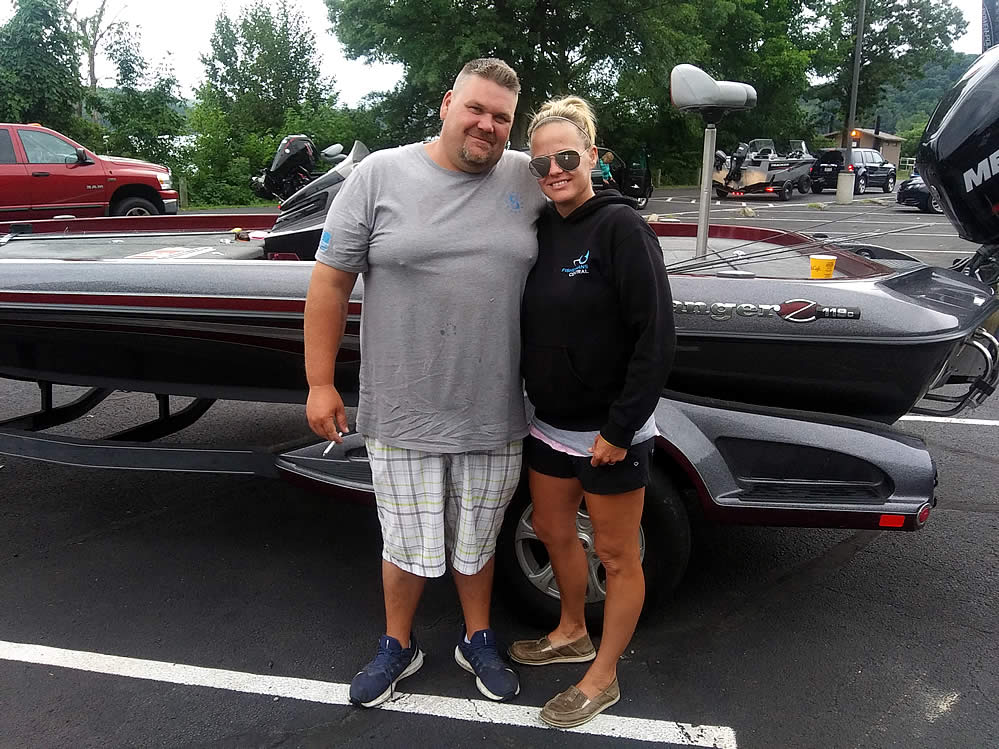 Joey & BekkaSept. 2016
"This is a great tournament with great people/couples...Give it a try !" 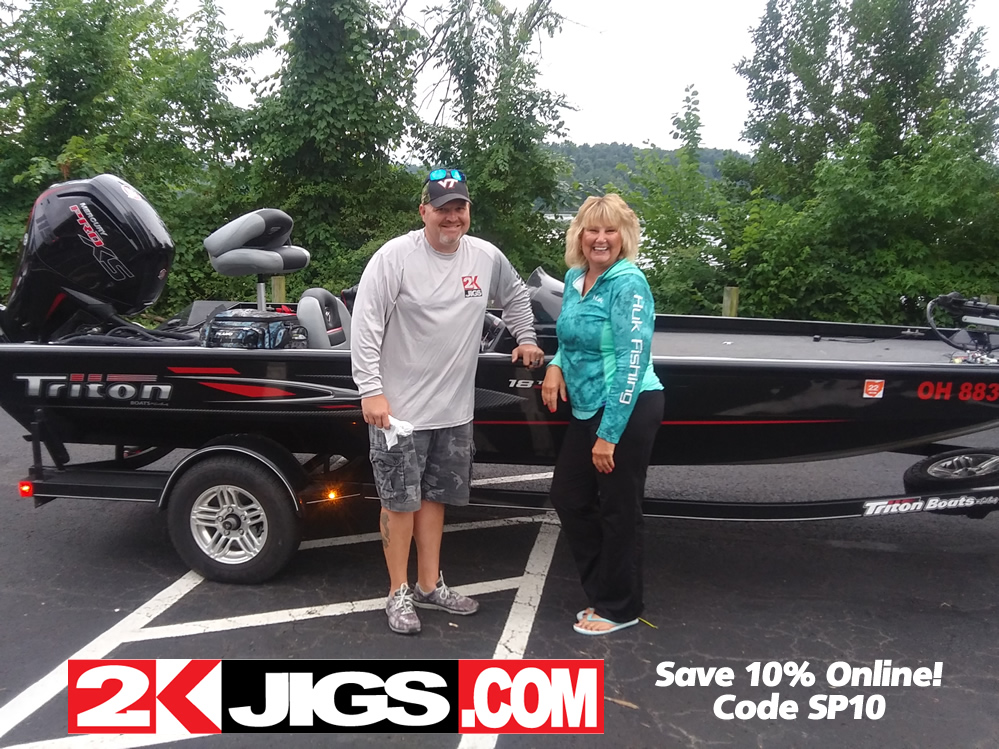 Scott P.Sept. 2016
Previous
Next
Fished with BHT? Share your thoughts & experience with other angling couples >

"Thinking BIG is FUN, and it really is effective. Be optimistic and look at that stickup; there might be a hundred of 'em, but look at the one you're going to throw to and conjure up an image of a truly big fish - something you want to catch. It really instills confidence and keeps your enthusiasm going. Much of the enjoyment of fishing is nothing more than to anticipate what's going to happen on the very next cast." 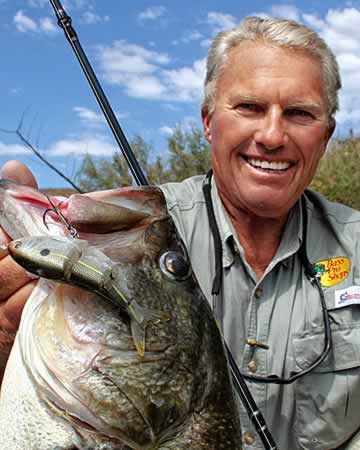 Roland MartinRoland Martin's 101 Bass Catching Secrets
"I work harder and harder each year. My work is never done. I continue learning. I put in a lot of time and research. I talk to a lot of people about the lake. I cover the water thoroughly. I spend a lot of time on the water practicing. I'll fish shallow or deep - whatever it takes. I don't have any particular preference. Whatever lure it takes, whatever action it takes, whatever retrieve it takes, my ultimate goal is to put fish in the boat. I have an obsession to WIN." (BASSMaster Magazine, March 1983) 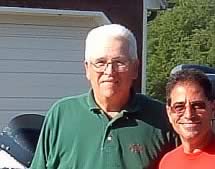 'Uncle George' PoloskyOhio Bass Fishing Tournament Legend
“Look at where Jesus went to pick people. He didn’t go to the colleges… he got guys off the fishing docks.“ 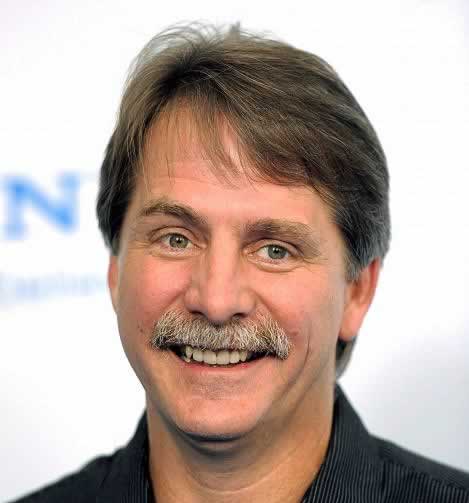 Jeff Foxworthy
“If your concentration is getting bad, take up bass fishing. It will really improve your ability to focus. If you aren’t ready when that fish hits, you can’t set the hook.“

Lee TrevinoProfessional Golfer
“The two biggest things that translate from a pitching mound to hunting and fishing are patience and perseverance. When you’re on the mound, you have to take the game one pitch at a time, regardless of the score, and that approach helps when I’m in the woods or out on the water as well.“ 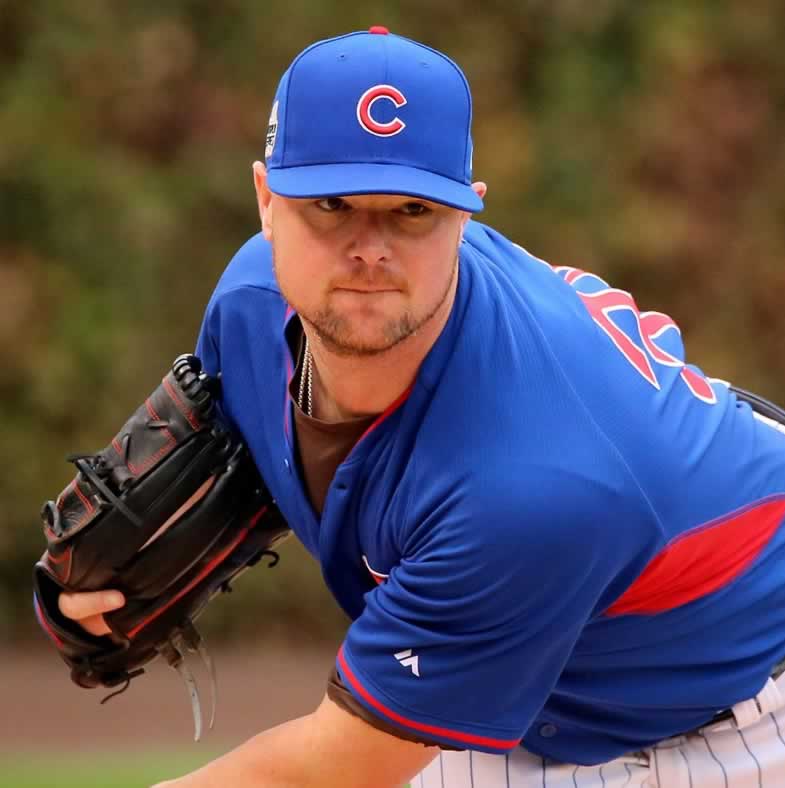